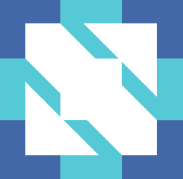 The inexorable shift to cloud computing and the embrace of scalable cloud-native applications and services has prompted an industry effort to harmonize IT technologies emerging around the nascent application container movement and the packaging of application development and operations.

Chris Aniszczyk, who heads CNCF for the Linux Foundation, said the growing roster of member companies also want to apply the lessons learned by cloud native pioneers such as Google (NASDAQ: GOOG) as the group forges standards for cloud-based application delivery and orchestration.

As the application container movement gains momentum and open source cloud platforms like OpenStack and Google's Kubernetes cluster manager gain broader acceptance, CNCF is attempting to cut through the market confusion over containers by drawing on the lessons from early deployments as its harmonizes technologies and establishes standards. In an interview this week on the sidelines of the OpenStack Summit in Austin, Texas, Aniszczyk likened the cloud-native effort to the Sematech chip-manufacturing consortium that coordinated next-generation semiconductor development a decade ago.

The massive scaling of container operations by Google, Facebook (NASDAQ: FB), Twitter (NYSE: TWTR) and others over the past decade provides a starting point for the initiative. Google, for example, launches an estimated 2 billion application containers per week. The search giant's hyper-scale operations spawned tools like Kubernetes, which Google turned over to CNCF last year under an Apache license as an open source resource. It has since emerged as the most widely using container orchestration and cluster management tool currently in production, according to the latest OpenStack Foundation user survey.

Kubernetes is an extension of Borg, Google's hyper-scale cluster manager used to orchestrate most of its operations. With the shift to open source, the search giant is seeking to extend its infrastructure to the enterprise. CNCF takes the view that Kubernetes is just one piece of the puzzle covering cluster management and resource scheduling.

"There's a lot more pieces to the to cloud native computing," Aniszczyk stressed. Other components such as a container runtime specification have been nailed down while work is underway to develop forge a container image format spec. CNCF will seek to harmonize components farther down in the stack such as software-defined networking and storage along with infrastructure provisioning. The goal, Aniszczyk said, is nothing less than "radically enhanced developer productivity, snap together systems, radically reduced operations overhead" and simpler deployments. That, he added, would deliver "immutable infrastructure" as containers moved from the hype phase to production workloads.

The harmonization effort also will seek expanded IT automation that the group said would result in "fewer bad outcomes" for cloud-native deployments. Along with managing operations, members companies like CoreOS are also stressing "self-healing" capabilities that would, for instance, allow the rescheduling of deleted OpenStack components. These automation tools also could include new capabilities like "rolling upgrades," proponents say.