Market researcher Gartner predicts that application software sales will grow 7.5 percent this year and would exceed $200 billion by 2019, driven by widespread adoption of the cloud-based SaaS model.
August 27, 2015 by George Leopold 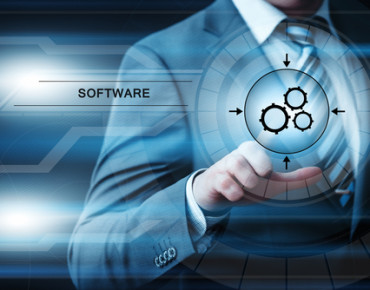 Cloud-based software-as-a-service (SaaS) offerings like advanced analytics are propelling the overall growth of the enterprise application software sector, which a market researcher forecasts will reach nearly $150 billion this year.

In a revenues forecast released Thursday (Aug. 27), Gartner Inc. predicted that application software sales that are expected to grow 7.5 percent this year would exceed $200 billion by 2019. Growth will be driven by key IT upgrades to core enterprise applications, Gartner said, along with the growing acceptance of subscription-based models, especially SaaS.

The growing need for global scale and speedier delivery are also boosting the uptake of software applications related to supply chain management, Gartner noted. Another enterprise application seen driving SaaS is the replacement of corporate human resources systems over the next five years.

Increasingly, enterprise applications delivered via the cloud will be a "combination of application components that are differentiated…and not standard software" rather than out-of-the-box turnkey systems, the market watcher predicts. Gartner reported that as much as 75 percent of application purchases supporting digital businesses will be of the "build, not buy" variety.

Among the biggest drivers of cloud-based software is the growing enterprise adoption of data analytics. Gartner estimates that more than three-quarters of global enterprises will deploy advanced analytics as part of a platform or analytics application by 2020. "Companies are accelerating the shift in focus of their investments from measurement to analysis, forecasting and optimization," Gartner reported. "Deployment of advanced analytics technologies will become critical to achieving those aims."

Advanced analytics software purchases rank among the highest in the Gartner survey along with marketing and e-commerce applications.

"The majority of spending is going towards modernizing, functionally expanding or substituting long-standing business and office applications with cloud-based software-as-a-service," Gartner research director Bianca Granetto noted in a statement. "Projects have been approved and budgeted for, often over a multiyear period, meaning the pace of spending and adoption isn't subject to any impending urgency."

Underlying much of the projected growth is the steady enterprise shift to the cloud, especially hybrid infrastructure. The market researcher estimates that 15 percent of the business users it surveyed are currently provisioned from the cloud. It expects that total to increase to about 60 percent by 2020.

A steady shift to "pay-for-what-you-use" models also will affect software revenue streams. "The widespread move from on-premises to cloud office will disrupt the traditional revenue flow as more organizations pay smaller increments over a longer period of time," Gartner noted.